Stradivarius has long been adored by both performers and luthiers(=violin-makers). The luthier's life can be categorized into a few periods. "Rainville" was made a little before his most skillfully enriched period, so called "Golden Period," 1700-1720. The top plate shows clear influence from his master, Amati. Boldness that characterizes his later years is not felt yet on this violin, but it has elegant body lines, and the beauty of its scroll cannot be described satisfactorily with any word. Its sound is also fabulous, and is characterized with its clearness and sweetness.
"Rainville" belonged to the late Mr. Norbert Brainin, who was the first violin of Amadeus String Quartet, one of the most excellent string quartets in the twentieth century. After his passing away, it was loaned to winners of Stradivarius Competition, organized by Forval Foundation, and then was taken over to our competition. It has seen numerous young violinists stand in the limelight and attract audience.

Master luthier Carlo Bergonzi was a successor of the Cremonese violin-making tradition that was started by Amati, and has sometimes been said to have surpassed his master, Antonio Stradivari. It is said that Carlo took over Stradivarius' manufacturing tools and materials after Antonio Stradivari's son, Omobono Stradivari passed away. Carlo's son, Michael Angelo was raised in such an environment like that and acquired skills. "Ex Mintz" is a violin made at his age of forty-two, when he was most skillfully enriched as a luthier. Wood cut for the back characterizes the violin and its golden yellow old varnish would give deep impression to anyone that touches it.
"Ex Mintz" has long been loved and played by Mr. Shlomo Mintz, who is one of the most renowned violinists in the world and the chief judge of our competition. Its powerful sound can be heard on many of his excellent recordings. 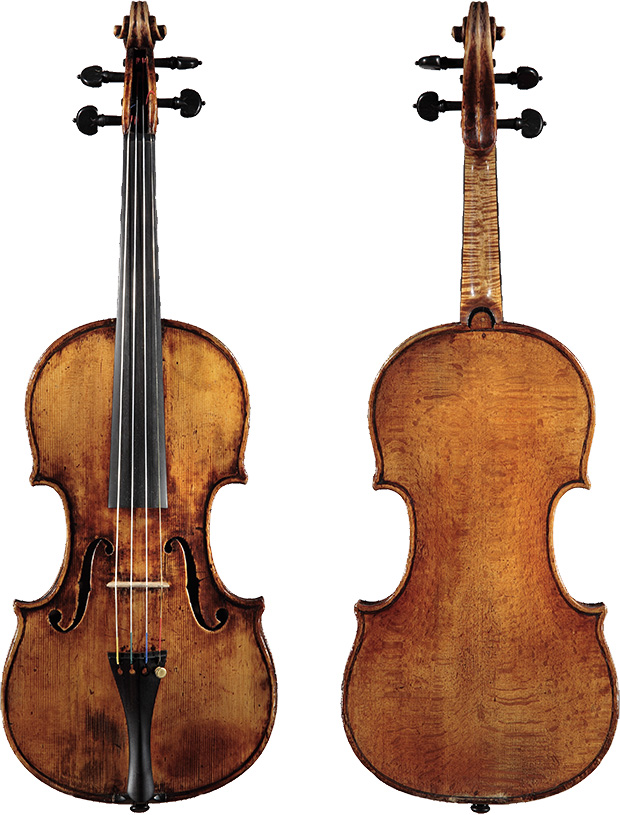 J. F. Pressenda studied with a Cremonese master luthier Lorenzo Storioni, and after moving to Torino, he reached his own form that was like a fusion of A. Stradivarius and J. Guarneri del Gesu. The dark red varnish has high-quality feeling, and the sound is characterized with enriched body as if tuned for a big concert hall of today. It is about three hundred years since old excellent violins such as Stradivarius, and the best period for those violins is said to be passing by. Pressenda is gathering good reputation saying it will take over Stradivarius in coming years. 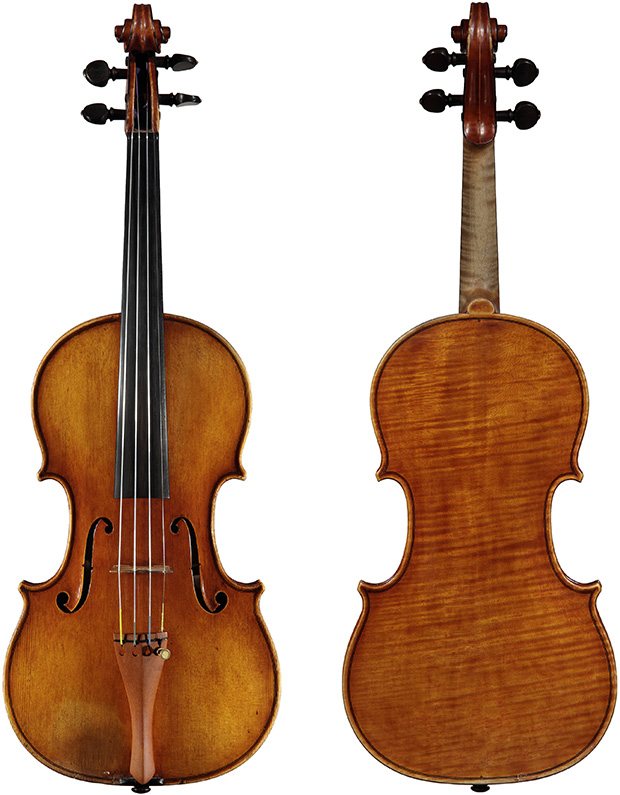